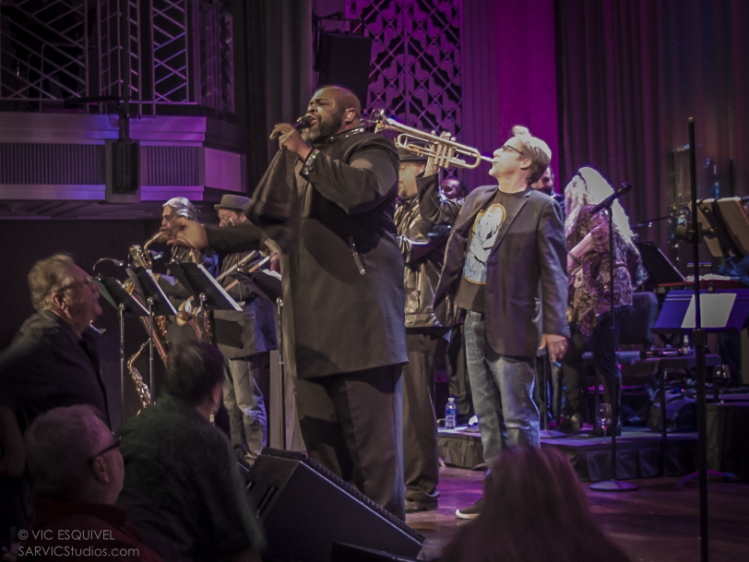 The Lon Bronson Band has been headlining in Las Vegas for an unprecedented 30 years!
Formed in 1990, the band is enjoying an unprecedented run in Sin City.  They have headlined at the Golden Nugget Showroom, The Riviera, and are currently in residence  at the The Smith Center.  This iconic 14 piece horn infused band is well known nationally/locally for their eclectic mix of Classic Rock, Soul, & Blues.
The band has consistently received tremendous notoriety for an outstanding level of musicianship. The Lon Bronson Band holds the record for the longest running band in Las Vegas history.  They also enjoy the honor of being the only local band that regularly performs at the prestigious Smith Center; Las Vegas’ new Concert Hall and Arts Center, recently completing their 60th sold out show there.  In 2016, Lon & the Band were selected to be the ‘House Band’ for Caesars Palace 50th Anniversary Gala Concert, backing up such luminaries as JLo, Donny & Marie, Bill Medley and Tony Bennett, for which Emmy nominated Lon conducted.

myAdvantage Members - Receive $5 off your ticket by entering your card number in the Promo Code Box.